Derby’s Law School is the first grade A office development to be built in Derby for more than 20 years, One Friar Gate Square is an iconic landmark building in the city. Providing 3,000 m² of top class offices, it includes a number of innovative, sustainable features and achieved a BREEAM rating of excellent.

Home to the university’s Derby Law School and the new International Policing and Justice Institute, as well as the criminology and policing provision.

Set in the heart of Derby City Centre, Agard Court is the Design and Build of 244 student rooms over 9 floors. The building, which is set within an extremely tight city centre site, comprises 244 ensuite rooms based around a series of communal areas featuring kitchens, dining and lounge areas, eight of which are fully accessible for wheelchair use. Additional features include ground floor common room areas with reception and three lifts.

The accommodation neighbours the University of Derby’s Law School, which is situated in the One Friar Gate Square building.

The nine-floor apartment scheme features 244 one-bed rooms, as well as a new stairway to Friar Gate Bridge and the creation of a courtyard.

Agard Court is an example of modular on the upper floors using the Sigmat system.

The development was designed by architects careyjones chapmantolcher (CJCT), who also worked on One Friar Gate Square.

As part of the build, historic tram tracks dating back to the 1800s were uncovered. The 45 metre section, which carried horse-powered trams, was removed by the contractor and have now been reinstated.

Agard Street is directly adjacent to a listed Victorian bridge at one end of the site and a major road directly against the pavement at the other.

A Sewer needed to be diverted as pre-contract works.

One Friar Gate Square was crowned overall regional winner at the fbe East Midlands Awards in 2013.

The Design and Build of 244 student rooms over 9 floors and a six-storey grade A office development. 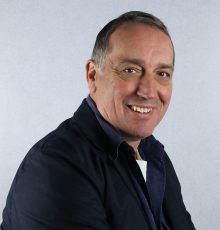