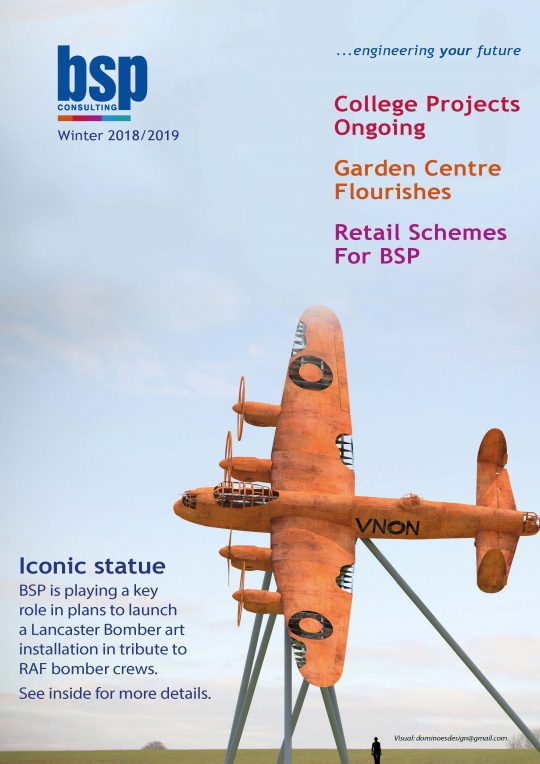 Iconic Statue – BSP is playing a key role in plans to launch a Lancaster Bomber art installation in tribute to RAF bomber crews.

Mixed-use scheme – Engineers at BSP Consulting undertook the design and detail for the infrastructure of a mixed-use development in Beeston near Nottingham which has now received full planning permission.

School Expansion- Work is under way on an expansion scheme at Middleton Primary and Nursery School in Wollaton, Nottingham.

High-flying Engineers – BSP Consulting has completed the structural design elements of what is destined to become one of Britain’s highest urban high wire attractions.