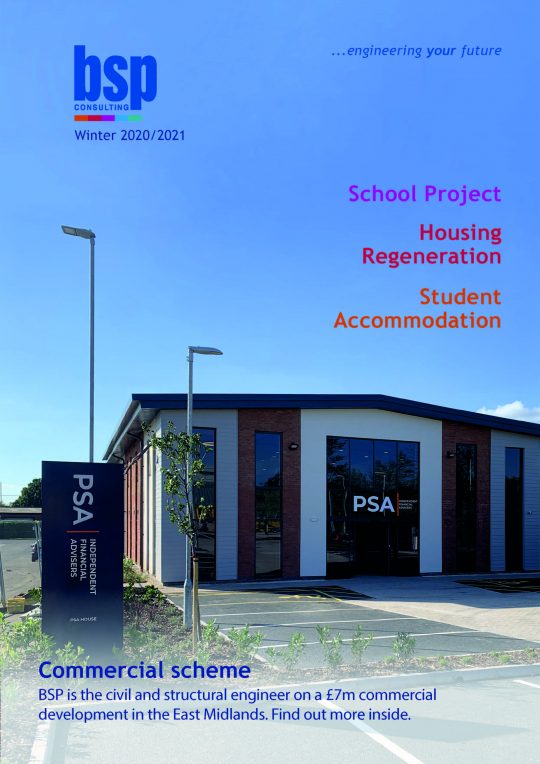 Engineers at BSP Consulting have played a key role in a new housing development currently being built beside the River Trent at Gainsborough in Lincolnshire.

Work is getting under way on site on a 522-bed student accommodation scheme on the edge of Nottingham city centre.

Practical completion was reached six weeks early on a retail scheme featuring a range of shops and hospitality outlets in the North East – despite the challenges of the Covid pandemic.

BSP is part of the team that is delivering a major regeneration scheme in Newark. Compendium Living – which is owned jointly by Riverside and Lovell Partnerships – will provide around 300 new mixed tenure homes in the Yorke Drive area of the town.

BSP Consulting played a significant role in the demolition of a 14-storey office tower block in the centre of Coventry.

Work is progressing well on a new science block being built at a Staffordshire school. Contractor G F Tomlinson is building the three-storey facility at Polesworth School, Dordon.