The position of each dwelling has been designed to make the most efficient use of the site while respecting the amenity of the surrounding houses and urban grain.

A housing development of 135 new homes, including 60 apartments on “overgrown wasteland” along the River Trent in Gainsborough.

It will create a new type of community for Gainsborough, with inter-generational living and shared services at its heart.

A public consultation event was held, in general, people were positive about improvements to what was perceived as “overgrown wasteland’’.

A new road has been created off Bowling Green Lane, which connects back to Wilson Street and Japan Road.

It has also received funding worth £2.1 million from the Greater Lincolnshire Local Enterprise Partnership (GLLEP).

The scheme will include 60 fully accessible apartments with energy efficient, low carbon heating, designed specifically for older people, and will be a first of its kind for Acis and Gainsborough.

The apartments will also have two communal air source heat pumps installed to provide heating and hot water to the block – cutting carbon emissions by 57%.

The town of Gainsborough lies immediately to the east of the tidal reach of the River Trent, 20 miles south of the Humber Estuary.

This key regeneration brownfield site is situated directly to the rear of the Environment Agency (EA) maintained tidal flood defences. As such the site lies in Flood Zone 3 and would be at risk of flooding if the defences were to fail.

BSP instigated liaison with the EA early in the planning process to discuss the key flood risk issues and to negotiate an agreeable cost-efficient strategy to protect the prospective residents from flooding within the financial budget of the scheme.

The agreed strategy involved some raising of land to reinforce the defences and the lifting of proposed floor levels to protect the residents against the residual risk of flooding. As such the proposals were able to decrease the level of flood risk to the local area and promote safe housing for future residents.

As a brownfield site there are some low-level legacy contamination issues.

The lifting of site levels allowed for capping over of the existing contamination to meet the relevant environmental safety standards as a more sustainable approach than taking the contaminated soils to landfill tips.

The proposed levels strategy from BSP allowed this to be possible.

While being very close to the River Trent the local area suffers from a lack of sewerage capacity.

BSP have worked closely with Severn Trent Water to agree restricted discharge rates to the local adopted sewers and have developed a complex arrangement of onsite sustainable drainage to hold back flows in a cost efficient manner and protect the local drainage network from overloading.

A housing development of 135 new homes, including 60 apartments on “overgrown wasteland” along the River Trent in Gainsborough. Alongside the four-storey apartment blocks, the development also consists of a mix of two-storey affordable, shared ownership and private homes and an eight-bedroom, wheelchair accessible, supported living bungalow. The scheme includes 218 car parking spaces. 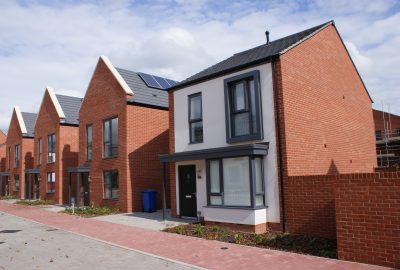 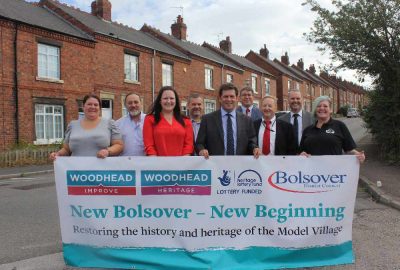 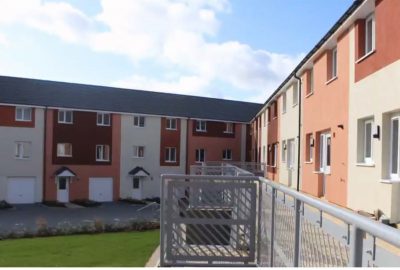 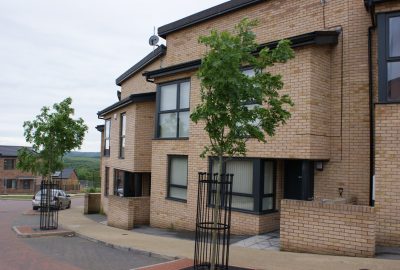 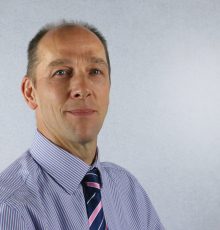